The British Guild of Travel Writers is an association with over 200 of Britain’s top professional travel journalists, guidebook writers, photographers, broadcasters and travel editors.

As more travel writers are not just creating content for other publications but have their own websites and need to raise awareness and increase traffic from social media channels — in particular Facebook, as part  of professional development, they wanted to offer a Facebook masterclass workshop to their members.

Moxee Marketing was referred to the British Guild of Travel Writers by one of their clients, who worked with a co-trainer, the web-editor at Rough Guides to create a 3-hour Facebook training workshop titled: How to Become a Facebook Master.  Held on 8th March 2016, the Facebook training was well received by approximately 50 travel writers plus a few public relations and tourism organisation professionals. Below is what one of the attendees had to say:

“I’ve been on several social media courses recently, but I particularly liked Ursula’s as it was targeted, relevant and practicable. I learnt so much about Facebook in the short space of time we had; I have already put some of her suggestions into practice. I am planning to hire Ursula on a one-to-one basis in the future and have recommended her to several colleagues. Ursula is friendly and approachable and doesn’t revert to geek speak.”
Olivia Greenway, Freelance Journalist/Editor Travel, www.oliviagreenway.com 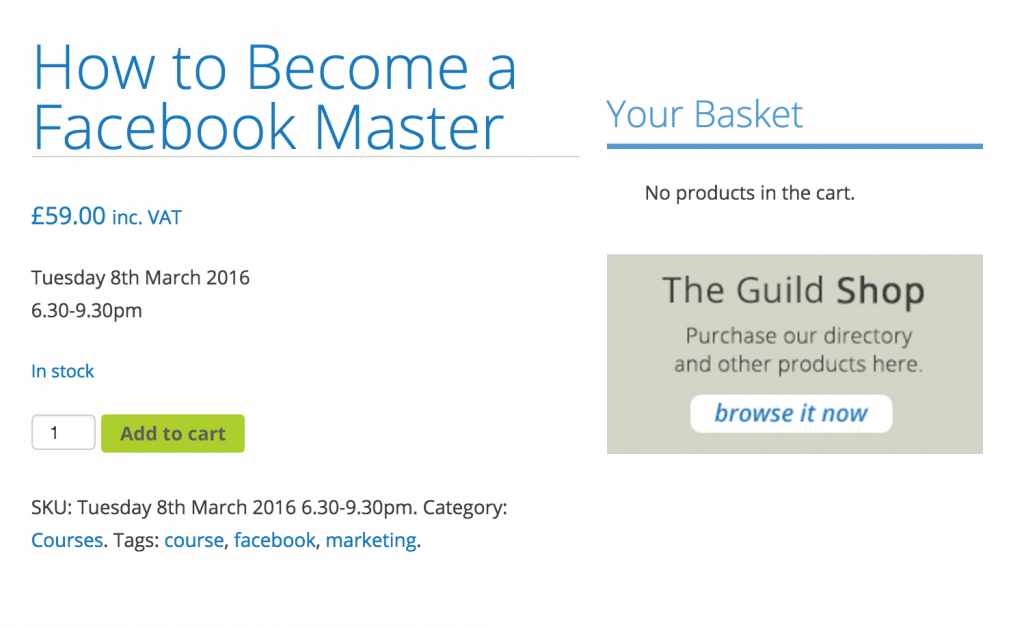 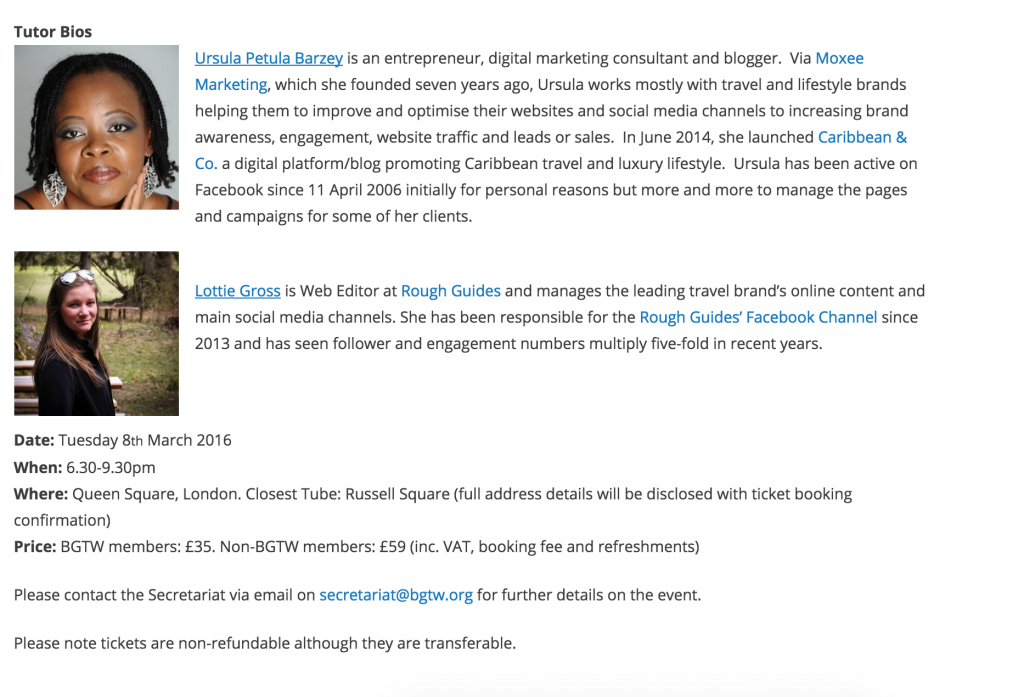