A number of Caribbean islands are currently in election cycle. And it’s been surprising to see that despite the fact that a large percentage of the voters are online using social media, very few candidates are using this digital marketing channel to rally supporters and convert those sitting on the fence. As such, below is an article I wrote with fellow media strategist, Nerissa Golden on the subject.

Caribbean elections will be won or lost with Social Media, says Media Strategists

MONTSERRAT/UK (July 7, 2014) – Two digital media strategists believe that how Caribbean political parties use social media in the coming years will impact their chances at the polls come Election Day. Nerissa Golden of Goldenmedia and Ursula Barzey of Moxee Marketing say over the next 18 months more than 10 Caribbean countries and Overseas Territories will be heading to the polls to elect new governments, and not including a definitive social media strategy in their campaign could mean a loss of power for incumbents to parties prepared to win by any means necessary. 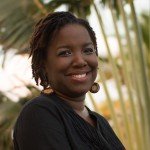 “Social media has become the most immediate and affordable means of communicating. While Caribbean governments have initiated the use of social media platforms such as Facebook and Twitter, there is this sense that it is to follow a trend without understanding it is the space in which the electorate will deliberate on whether they want to reelect the same team or put new people in power. The present governments have been in power for four or more years and within that time, the power and influence of social media in the region has been amplified significantly. This means you can’t use it on the fly hoping for the best but be very intentional about the goal,” explained Golden, the author of Like. Follow. Lead: Mastering Social Media for Small Business.

According to Internet World Stats, the Caribbean has an estimated 13,480,693 Internet users as of June 2012, with 6,674,100 using Facebook – the most dominant social platform with over 1.15 billion active members. Facebook remains the most popular platform for Caribbean nationals with Twitter in second place. The nation of St. Kitts & Nevis was found to have the highest internet usage for the region with more than 79% of residents online, according to World Development Indicators. 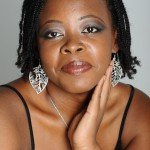 Ursula Barzey, who recently launched the luxury brand portal Caribbean & Co., said in 2004 Barack Obama, then a long shot candidate for the US Presidency, developed an effective online/digital campaign which made heavy use of social media. They repeated and expanded their social media campaign with his second run for office, which was again successful.

However, as most candidates won’t have the financial backing or extended team like President Obama, they should consider a few things before campaigning on social media.

1. Do we have the required expertise to launch an effective social media campaign?
“A poorly executed social media campaign can do more harm than good,” says Barzey. “Having someone on their team who actually understands how to use online/digital marketing tools effectively is critical. With that person in place, two things should then happen. First, the entire team should be briefed/trained on what’s required to effectively implement social media as part of the campaign. With that training complete, the online strategy should be enhanced to include social media.”

“Being on social media doesn’t preclude maintaining a traditional website and other communication mediums, adds Barzey. “As the campaign trail heats up, all related content should be curated on the website, and then shared via social media. Curating on the candidates own website ensures that potential voters and donors can easily learn more about the candidate and their positions on the issues. Also journalists and bloggers covering the campaign have a reference point for background information.”

2. Which social media sites should we be on?
“Maintaining a successful presence on social media sites means being an active participant. It’s not just about pushing the candidates’ message out but being responsive to queries from voters and journalists,” notes Golden. “To ensure that it doesn’t become overwhelming, the social media manager should launch on the two main social media sites: Facebook and Twitter which are massive hangouts for potential voters, donors, journalists, and bloggers. Add YouTube to the mix for showcasing video recordings of political speeches, statements, campaign rallies and campaign advertisements. With an expanded team, candidates can consider establishing on other social media sites like Instagram and Flickr for images.”

The more platforms you add, the more support you will need, the strategists agreed.

3. What is the message to be communicated and how often?
“It’s important that the social media presence for candidates remain active throughout the campaign. So don’t just build up to the launch and then go quiet. Create a content/social media calendar for distributing the campaign message consistently via social media channels. Also, be part of the conversation and remember that once you place something on social media, you really can’t take it back even if you delete. This means, the person assigned to communicating the campaign message must be polished but also personable,” Barzey says.

4. How will the campaign handle a crisis?
“In an ideal world, things will go smoothly with the campaign and there will be no gaffes or scandals to speak of. However, social media can sometimes make a mountain out of a mole hill, so candidates need to be ready with a plan of action to move the conversation along and ideally back on message. That all starts with being empathetic and responsive,” says Golden. “You don’t ignore a negative comment, see it as an opportunity to engage in positive dialogue to clarify your position as the problem solver.”

Golden also recommends that politicians not overlook the Diaspora Effect. “Although they cannot vote in local elections, family and friends in the Diaspora can be a major influence in deciding who will win. The Diaspora use social media consistently to search, share and celebrate what is happening at home, often before many on the ground are aware. If they are able to grab the passion and purpose of a candidate and share that message within their network, the result is that those at home will give consideration to the officials whose names and images come up more consistently and effectively in the spaces where they spend the most time, which is online.”

Both strategists recommend that campaigns should have both a party platform as well as social accounts for each candidate. The individual pages should reflect the brand and message of the party but present a more personal look at the candidate running for office. These personal pages should then follow the politician into office.

Top 3 Reasons For Businesses To Engage Via Social Media

How To Use Social Media To Promote Your Business